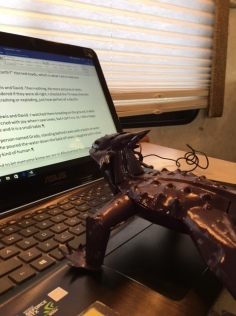 Myles here. My traveling companion, Lewis, has been ill the last few days. He says it’s nothing to worry about, just allergies. But, all that coughing, sneezing, and nose blowing is a little distressing. The worst thing is his red eyes. They are downright frightful, they almost look like mine when I am spitting blood.

My other companion, Elaine, has been acting very peculiar the last couple of days. Jumping up and down, a little screaming going on, and some gyrations that I’m not sure what they are called. If she was a horned toad, like me, it would be called a fit and all of the other toads would expect death to follow soon. But she said, it’s a happy dance. What is causing this happy dance? It’s the publication of her latest book, Coyote Vengeance. She told me to tell you, to be sure and post a good review on Amazon. Not sure what that all means, I’m just the messenger.

However, Lewis and Elaine did make a short sightseeing trip to the Petroglyph National Monument. I was left to guard the RV. They said they saw drawings on lava rocks made by Native Americans and early Hispanic settlers to the Albuquerque area. Apparently, there were many drawings of lizards, which I’m sure are my distant cousins.

As I reviewed their post about visiting the Salinas Pueblo Missions National Monument, I was grieved that they did not include one of my favorite photos. So I’m putting it with this post. I think you will understand why it’s my favorite. 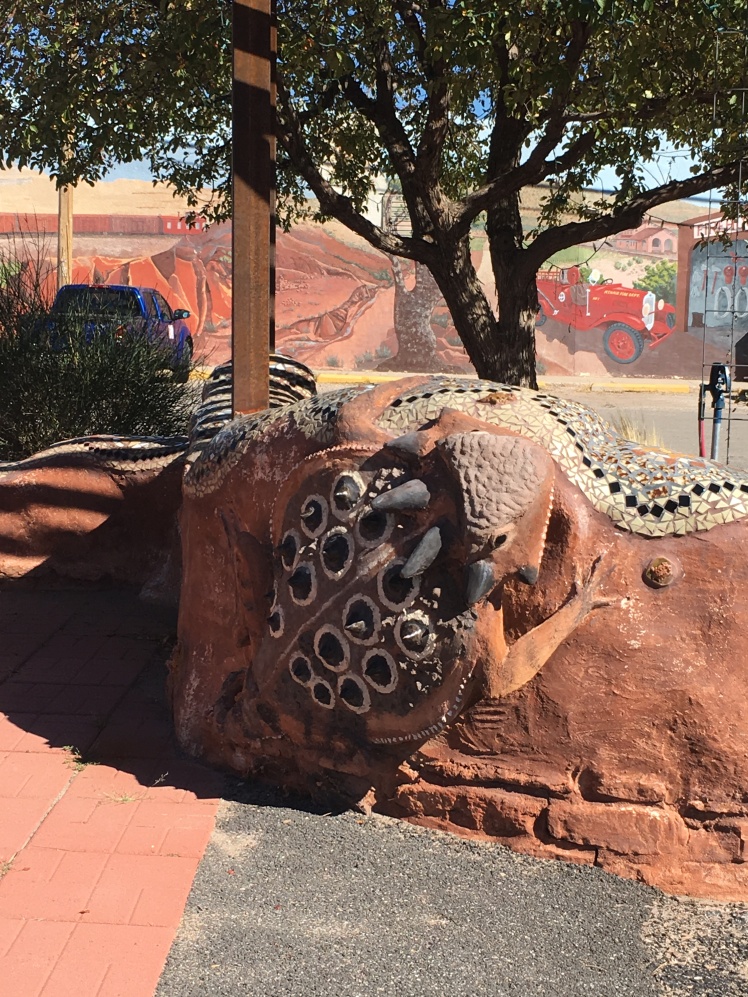